A Cord-Cutter's Guide To Watching The 2016 Summer Olympics 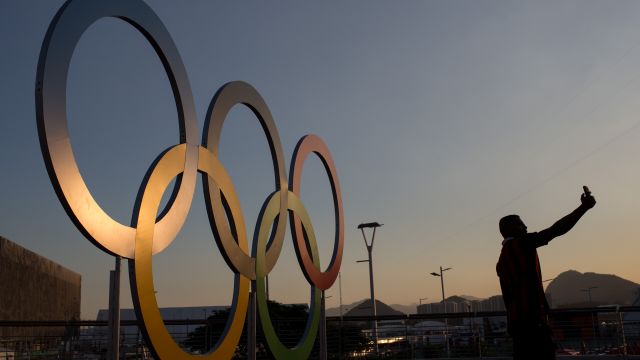 SMS
A Cord-Cutter's Guide To Watching The 2016 Summer Olympics
By Matt Moreno
By Matt Moreno
August 2, 2016
If you've already ditched cable or you're thinking about it, you can still catch the Olympics without a subscription.
SHOW TRANSCRIPT

If you want to watch your favorite countries compete in the Summer Olympics but you've ditched cable, we've got good news for you: You can still catch Olympics action even if you've cut the cord.

And it's probably simpler to do than you thought.

One route is to use an antenna to get all of the NBC coverage. Attaching an antenna to your TV is one of the easiest, most cost-efficient ways to get a dose of the Olympic Games.

Although that won't get you every competition. The games are being broadcast on NBC, NBC Sports, Bravo, CNBC, Golf Channel and USA Network.

So, for a bit more variety, you could check out NBCOlympics.com or the NBC Sports app. Both will be live-streaming 4,500 total hours of the games.

But you're going to need a cable subscriber email and password to get it all — so hit up a good friend for theirs, or maybe an ex if you have to.

You can also go the Sling TV route.

Sling TV offers all the channels you'll need to watch the games via either its basic package or an add-on. So if you're cable subscription-less, this could be a great alternative for your OTT devices or tablets.

So, now you're ready to sit back, turn on the Olympics, relax and let the athletes — not yourself — do all the work.