A Compound In Psychedelic Mushrooms Could Treat Severe Depression 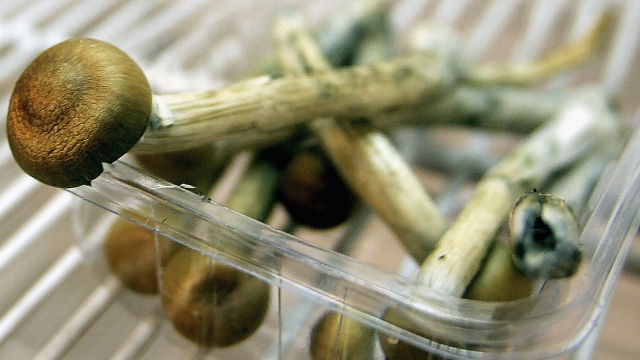 There may be another reason to call psychedelic mushrooms "magic."

A study published Tuesday in the journal The Lancet Psychiatry says a compound found in some psychedelic mushrooms reduced symptoms of depression and anxiety.

Study participants had moderate to severe depression. All had previously tried medications to treat depression but with no success.

Researchers at Imperial College London gave participants one low dose and one high dose of the naturally occurring compound psilocybin a week apart.

But those who haven't been able to find the right treatment for depression shouldn't get their hopes up just yet. This is a very small study with only 12 participants and no placebo or control group.

Still, one of the researchers told the BBC the study is "promising." Eight of the 12 participants were considered no longer depressed one week after taking psilocybin, but the number dropped to five after three months.

Participants experienced mild anxiety, headaches and/or nausea after taking psilocybin, but it generally subsided within a couple hours. Researchers are calling for more trials.