A Bus In China Can Actually Straddle Traffic 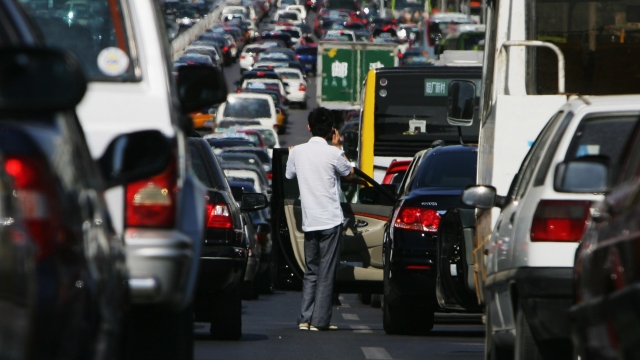 SMS
A Bus In China Can Actually Straddle Traffic
By Ben Lawson
By Ben Lawson
May 26, 2016
This bus can pass over most passenger cars.
SHOW TRANSCRIPT

China is thinking outside the box for a solution to its horribly congested roadways.

The country plans to test the Transit Explore Bus, which uses two long legs to straddle the roadways and pass right over frustrating traffic jams.

A single bus could carry 1,400 commuters and travel about 37 mph. As long as vehicles on the road are shorter than 6.5 feet, they can pass safely underneath.

That apparently means semi-trucks are stuck behind the bus until they can get around it or onto a different road, which could still slow down traffic.

However, the bus' creators say it could be produced for 16 percent of the cost to build a subway — and in less time. That's because cities could install it on existing roadways instead of digging tunnels underground.

The concept has been floating around for years, but it looks like China is finally getting serious about it. Testing is expected to begin in late July or August.

This video includes a clip from CCTV. Music provided courtesy of APM Music.