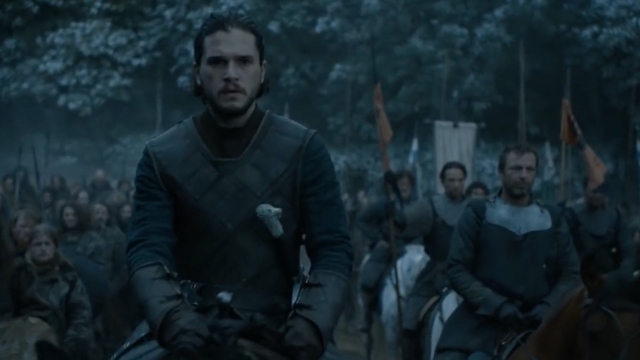 SMS
A Brief List Of Things Cheaper Than Making A 'Game Of Thrones' Season
By Ben Lawson
By Ben Lawson
June 25, 2016
Entire countries have less revenue than this season's budget for "Game of Thrones."
SHOW TRANSCRIPT

This season of "Game of Thrones" has arguably been the most epic yet — but it also came with an epic-sized budget.

An Entertainment Weekly feature claims the show cost roughly $10 million per episode, which means this season cost a whopping $100 million.

"Have you ever heard the phrase 'rich as a Lannister?'" said Peter Dinklage's character Tyrion in "Game of Thrones."

That's more revenue than the Cook Islands earned in 2015. And several other small countries could say the same.

So let's break down what we could do if we had that "Game of Thrones" kind of money.

Well, for the cost of an episode, you could buy Jennifer Lopez and Marc Anthony's old house. It's on the market for $9.5 million.

Heck, why not blow it all and go for Michael Jackson's Neverland Ranch? You could own the whole compound for the cost of a season.

Or with an extra $5 million, you could have lived like Hugh Hefner in the Playboy Mansion — but it already sold.

You could even buy this 250-foot yacht. It's got enough bedrooms to make you forget that you'll never see Daenerys conquer Westeros with those dragons because you spent HBO's budget on a yacht.

Or you could just buy two smaller yachts, because why the hell not?

And finally, you could send something to space aboard a SpaceX Falcon 9 rocket, with money left over to move into J-Lo's old place.

Or you could ignore all these and let HBO finish the series so we can finally find out who Jon Snow's mom is. Hopefully.

This video includes clips from HBO / "Game of Thrones" and images from Dolly Lenz Real Estate, Boat International and SpaceX.