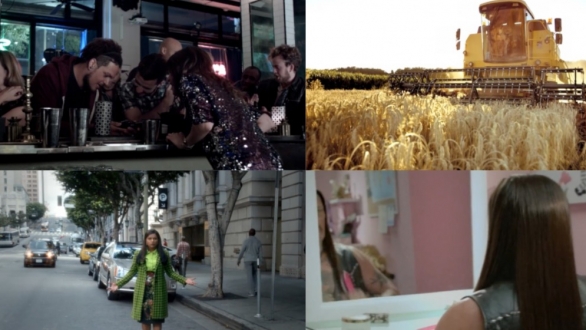 Ads airing during the Super Bowl are sometimes talked about just as much as the big game itself. Year after year, companies drop millions of dollars for 30-second spots during the game.

Lucky for them, we'll show 'em for free. Here are a few trailers already released for Super Bowl commercials — yes, trailers for commercials.

First up, we've got one from a usual suspect — Bud Light.

It looks like the company is sticking with its "Up For Whatever" theme.

Bud Light introduced us to the "Up For Whatever" slogan during last year's Super Bowl with this commercial featuring Arnold Schwarzenegger, Don Cheadle and OneRepublic giving a seemingly random partygoer a wild and unpredictable night.

This year, evidence points to a human-sized Pacman course.

The beer brand is looking to not only tiptoe around Bud Light's exclusive rights to advertise beer during the game but also save money by banding together with other brands.

For our last video, we're not even going to try and interpret it. Here's Danny Trejo as Marcia Brady for Snickers: