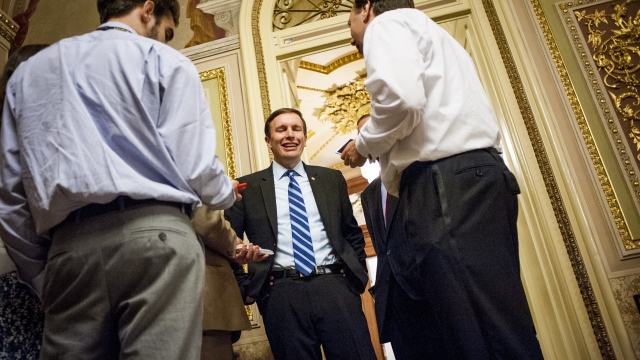 It took nearly 15 hours, but a Democrat-fueled filibuster pushing gun control measures wrapped up in the Senate on Thursday morning.

GOP lawmakers finally caved, agreeing to a future vote on gun control legislation. The two items on the agenda include universal background checks and making it illegal for possible terrorists to buy guns.

"But the truth is, this is not just about Congress. It is about all of us. We all have choices. We have choices about how we are going to treat our neighbors and our fellow citizens," Massachusetts Sen. Elizabeth Warren said.

The filibuster follows the Orlando nightclub shooting, where 49 people were killed. The FBI says the suspect was on the terror watch list from 2013 to 2014.

But, gun control — especially in the form of heftier background checks — is an issue Senate Democrats have been pushing for some time.

U.S. Sen. Chris Murphy from Connecticut kicked off the filibuster tweeting he would press the issue for as long as he could talk.

Murphy's decision to hold the floor for over 14 hours meant no bathroom breaks and no sitting down.

And he wrapped up the filibuster on a grave note from his home state — a reminder of the Sandy Hook Elementary school shooting in 2012.

"There's no silver lining to what happened in Newtown. But inarguably what has happened in the four years since has been a focus of attention from all over this country on the inaction of this body," Murphy said.

This video includes clips from C-SPAN, WKMG and Office of Elizabeth Warren and images from Getty Images.