96 Liverpool Soccer Fans Were 'Unlawfully Killed' In The 1989 Tragedy 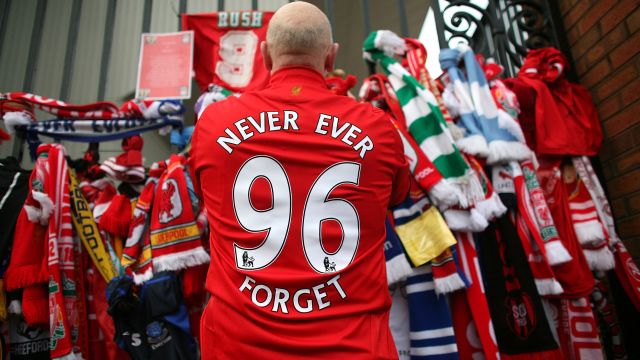 SMS
96 Liverpool Soccer Fans Were 'Unlawfully Killed' In The 1989 Tragedy
By Matt Moreno
By Matt Moreno
April 26, 2016
More than a decade and a half after the incident, a British jury has decided the 96 Liverpool fans who died were "unlawfully killed."
SHOW TRANSCRIPT

A British jury has decided the 96 Liverpool fans who died in the 1989 Hillsborough disaster were "unlawfully killed."

That year, during a neutral-site match between Liverpool and Nottingham Forest, thousands of fans pushed to get into the gates before the match kicked off. So many were trying to squeeze in that some suffocated and died.

The jury decided fans' behavior didn't cause the deaths but the "gross negligence" of stadium officials did.

Originally, officials blamed fans for drunkenness and "animalistic behavior," but upon further review over a decade later, a panel found police changed numerous statements and hid or altered evidence.

In 2012, the panel found 41 of the 96 victims weren't killed instantly and might've been saved if they received medical care right away.