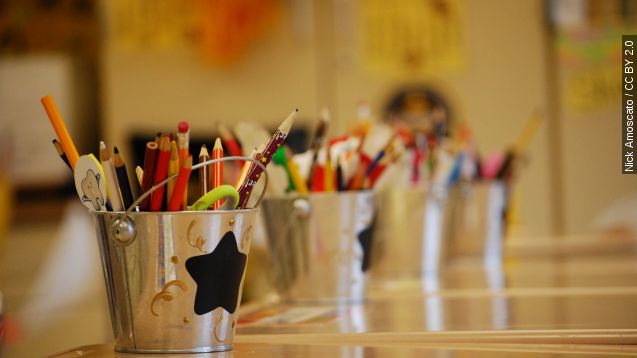 SMS
911 Recording Vindicates Ohio Teacher
By Katie Link
By Katie Link
October 8, 2015
An Ohio teacher struck her husband with her car and was suspended from work, but a recording of her daughter's 911 call changed the school's decision.
SHOW TRANSCRIPT

A 911 call set things right for one Ohio teacher.

Angela Luke was arrested Sunday after she struck and killed her husband Daniel Luke with her car outside their home. (Video via WTTE)

She was charged with aggravated vehicular homicide and reckless homicide. The school district where she works suspended her immediately. (Video via WCMH)

But that changed Thursday after the school's superintendent listened to a recording of the 911 call from her 12-year-old daughter during the incident.

According to the daughter, Angela Luke was trying to escape with her two girls after her husband assaulted her. The daughter told the dispatcher that as they tried to drive away, her dad held onto the car and slipped. (Video via WBNS)

According to WTTE, the original charges against her have been dropped and the school district has invited Angela to return to teaching whenever she feels comfortable.

A spokesman for the district said: "Angela has been a highly regarded teacher for 11 years. As such, her friends and colleagues are understandably concerned for both her well-being and the welfare of her children."