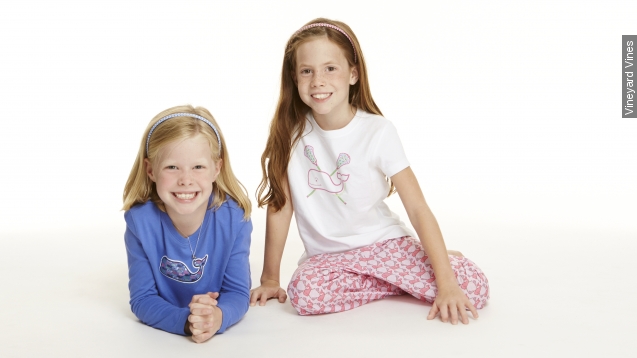 If there's one person you shouldn't be calling lazy, it's this 9-year-old North Carolina girl.

"I thought, 'Did they really just call me lazy?'" Adair told ABC.

So she did something about it and wrote the company a strongly worded letter.

Vineyard Vines' founders, Shep and Ian Murray, responded — apologizing to Adair, changing the name of the pants and even inviting her family out to the clothing manufacturer's headquarters.

While the two words may seem similar, they have different definitions. Merriam-Webster describes "lounge" as "to spend time resting or relaxing." "Lazy," on the other hand, means "not liking to work hard or to be active." Yeah, one sounds a bit nicer than the other.

While at Vineyard Vines headquarters, Adair even got to make her own pair of pajama pants. She designed them with fish going one way and a whale going the other.

"She clearly is that whale. She's not afraid to follow her own path," Murray said.