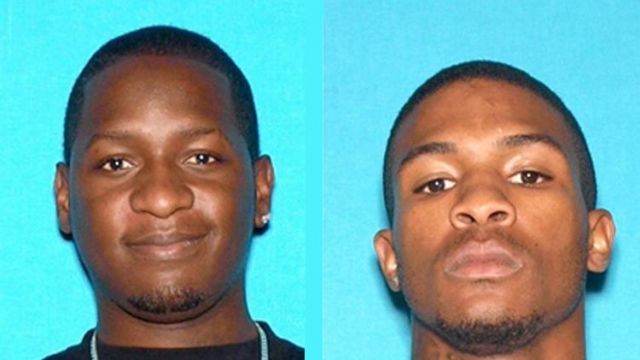 SMS
9-Year-Old Boy Among 3 Killed In San Bernardino Shooting
By Matt Picht
By Matt Picht
July 9, 2016
Friends and family say Travon Williams and his father were in the wrong place at the wrong time.
SHOW TRANSCRIPT

A 9-year-old boy and his father were fatally shot, along with another man, outside a liquor store in San Bernardino, California.

Police say Travon Williams, his father Travon Lamar Williams and a third man named Samathy Mahan, were ambushed by a man with a handgun as they were walking out of the Superior Liquor and Grocery store Friday night.

The store manager told The San Bernardino Sun the gunman first shot the boy and Mahan with what looked like a .45-caliber silver handgun and then chased after and shot Travon Lamar Williams. The manager added that Williams and his son were regular customers.

The shooter fled the scene and has not yet been identified; San Bernardino police have released surveillance photos of one suspect and are asking for the public's help identifying him.

A police spokesperson said Mahan, who was a known gang member, is believed to be the target of the shooting. Authorities aren't sure yet what Mahan's relationship to the Williams family was.

Friends and family of the slain boy and his father say they were just caught in the wrong place at the wrong time. The boy's grandfather told the Los Angeles Times that "Travon’s dad was no gang banger. ... He was a dancer and a rapper."

The killings are part of an unusually violent year for San Bernardino, which was the scene of a deadly mass shooting last year. Since the beginning of 2016, the city has seen at least 37 homicides.

This video includes clips from KNBC and the Southern California News Group and images from the San Bernardino Police Department.