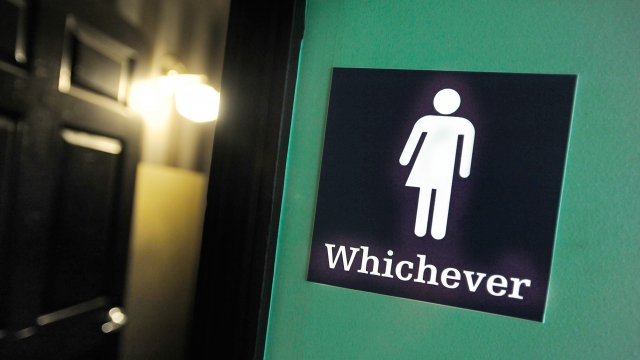 The legal battle over transgender bathroom rights is extending way past North Carolina. Several states filed a lawsuit against the Obama administration for its guidelines on accommodating transgender students in schools.

The lawsuit says the Obama administration "conspired to turn workplaces and educational settings across the country into laboratories for a massive social experiment, flouting the democratic process, and running roughshod over commonsense policies protecting children."

This all stems from North Carolina’s "bathroom law," which forces people to use the bathroom that matches the sex on their birth certificate instead of the gender they identify as.

In response, the U.S. Department of Justice sent out guidelines that say schools are obligated to "allow students to participate in sex-segregated activities and access sex-segregated facilities consistent with their gender identity."

It’s important to note the guidelines from the DOJ aren’t legally binding, but the Obama administration threatened legal action against schools that refuse to accommodate transgender students. The lawsuit seeks to preemptively protect the states from any legal action if they choose to ignore those guidelines.

The decision in the suit will essentially boil down to Title IX, which prevents, among other things, discrimination based on someone’s sex. Now, it's up to the courts to decide if transgender people fall under that protection.

This video includes a clip from the White House and images from Getty Images, U.S. Department of Justice and U.S. District Court Northern District of Texas.