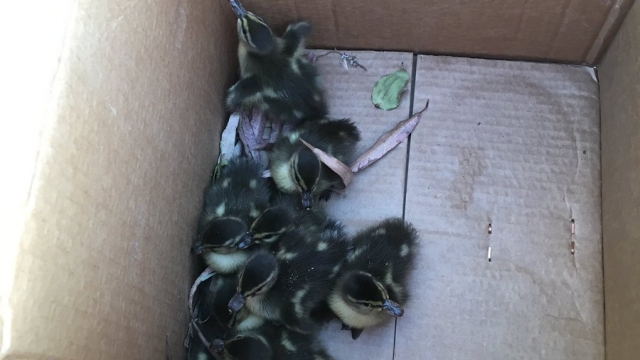 The phrase "gotta catch 'em all" took on a different meaning in Southern California when officials worked to rescue nine trapped ducklings.

It took employees from the California Highway Patrol and California Department of Transportation less than 30 minutes to rescue the little ones. They fell into a drain along a state highway in a Los Angeles suburb.

Once all nine babies were safely out of the drain, CHP officers worked to reunite them with mom who was waiting on top of a nearby wall.