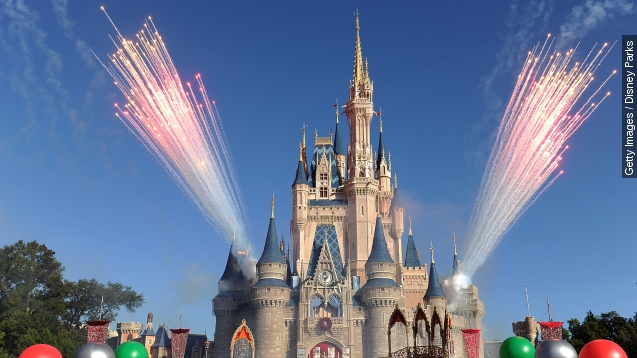 SMS
82-Year-Old Lottery Winner Wants To Go To Disney World
By Katherine Biek
By Katherine Biek
August 12, 2015
A New York woman's scratch-off lottery ticket turned out to be worth $7 million. She's sharing her winnings with her daughter.
SHOW TRANSCRIPT

When her hairstylist was running late last month, an 82-year-old Long Island woman walked next door to a convenience store and bought a scratch-off ticket. Turns out, Marilyn Looney was a big winner.

"He read it and he came jumping over and said, 'My God, lady, you're a millionaire. You've just won $7 million,'" Looney told WCBS.

Looney chose to split her winnings with her daughter, Carol Prevete, who told the New York Lottery, "We've been pooling our money to buy lottery tickets for years now and we always split whatever prize we win."

Like a lot of lottery winners, Looney and Prevete decided to receive their $7 million winnings in a lump sum, which means after taxes they'll each receive $2.3 million.

The New York Post reports both plan to spend the money on their families. Prevete wants to put most of her winnings toward college funds for her four children, while Looney wants to take her family to Disney World.

"Yes she is! She's a thriver," Robin Roberts said.

Looney spoke with WNBC about her husband's sweet reaction to her big win.

"I said 'I won $7 million.' Oh my God, his face lit up and he started to cry. He was holding my hand and he said, 'I always knew I'd marry a winner when I met you,'" Looney said.