8 Seasons Of 'Game Of Thrones'? It's Likely, Or Heads May Roll At HBO 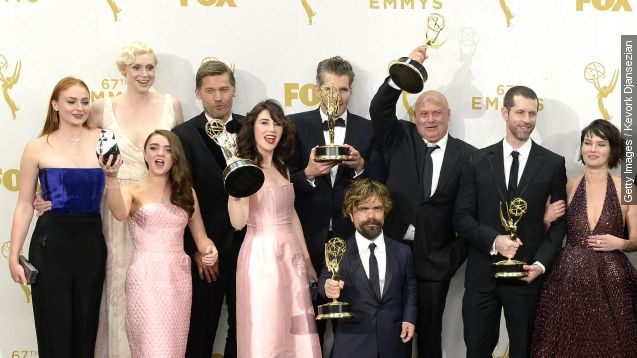 SMS
8 Seasons Of 'Game Of Thrones'? It's Likely, Or Heads May Roll At HBO
By Ben Lawson
By Ben Lawson
January 8, 2016
An HBO executive said the company wants the hit show to rule the network for at least two more seasons after this year.
SHOW TRANSCRIPT

HBO is already planning on renewing "Game of Thrones" for two more seasons before the sixth season even airs.

HBO programming president Michael Lombardo said the network is nearing a deal but doesn't have anything in writing yet.

The decision to renew is a no-brainer. The amount of chatter the show generates is likely a huge boon to HBO's brand as whole, not to mention the monster ratings and award show wins and nominations. What's unclear is when the show will go off the air.

The show is based on George R.R. Martin's series of books, which is supposed to be seven books long when finished. (Video via HBO)

The eighth season could be the last for "Game of Thrones," but who knows? The show's plot is now ahead of the books, so it's hard to say how much is left.

If the cast does wind up coming back for a seventh season, the leading members will be among the highest paid on television after renegotiating their contracts for hefty pay rasies.