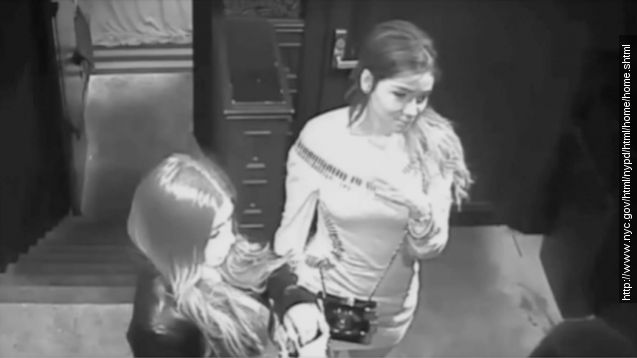 SMS
$600K In Valuables Stolen From NY Knicks Forward Derrick Williams
By Ryan Biek
By Ryan Biek
December 24, 2015
Police have released a video of two suspects who are believed to be involved in the theft at Williams' home.
SHOW TRANSCRIPT

New York Police Department has released this video of two suspects accused of stealing over $600,000 in jewelry and other valuables from a NBA player's home.

The thieves took the jewelry from a Louis Vuitton case in a closet. Williams didn't notice the theft until late in the afternoon.

Sources told WCBS police don't think the theft was a part of a bigger scheme or pattern. No arrests have been made.