6 Sexy, New Cars From The Geneva Motor Show That You'll Never Own 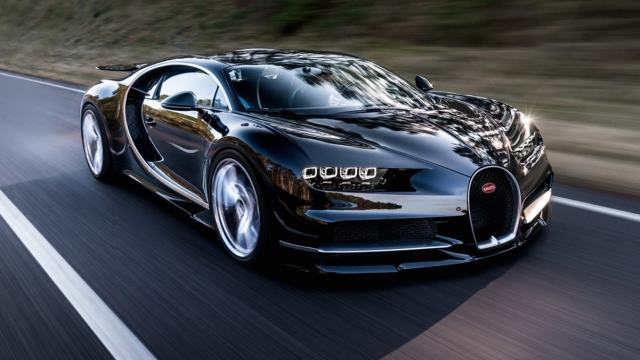 One of the world's most well-known auto shows is going on in Europe this week: the Geneva International Motor Show.

The event is known for showcasing some of the fastest, coolest-looking cars, and this year is no different. Unfortunately, we can't spend time on all the cars.

So, we picked six to talk about — all of which made their debut at the show.

First up: the Bugatti Chiron. This new supercar has 1,500 horsepower and can go from 0-60 mph in under 2.5 seconds. Its maximum speed is about 261 mph, but that's actually a limit that's set in the car's road mode, so it could probably go faster. The company said it's limiting the Chiron series to 500 units.

Next Up: The Italdesign GTZero concept car. It's a fully electric vehicle, but — as you should know by now — that doesn't mean it's slow. The car could put out as much as 483 horsepower. Range is listed at about 300 miles, and the top speed could be something like 155 mph — but it probably won't hit both of those numbers on the same trip.

Here's another concept from the show: The Subaru XV concept car. This design looks great and may very well represent the future of Subaru's Crosstrek. But, as is often true with these concept cars, a lot of the car's good looks may go away by the time the vehicle hits production.

On that note, back to cars that will actually be hitting the road. Like the Lamborghini Centenario.

Let's be real for a second: Batman would drive this car. The supercar's V12 engine makes 770 horsepower and can get the car from 0-60 in about 2.8 seconds. The Centenario's top speed is about 217 mph.

And now an instant favorite for many at the show: The 2017 Corvette Grand Sport. It has slightly fewer horses than the sixth-generation Super Vette, but a V8 engine with 460 horsepower is nothing to laugh at. This new Corvette can go from 0-60 in 3.6 seconds.