6 People Have Gone Into Isolation For A Year For Science 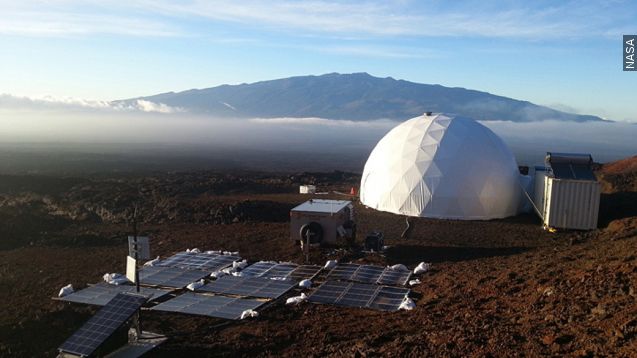 SMS
6 People Have Gone Into Isolation For A Year For Science
By Jake Godin
By Jake Godin
August 29, 2015
A joint University of Hawaii-NASA experiment called HI-SEAS has sent six people into isolation for one year — longer than its three previous missions.
SHOW TRANSCRIPT

Six people have sealed themselves in a dome for one entire year. (Video via University of Hawaii)

It's part of the ongoing Hawaii Space Exploration Analog and Simulation — or HI-SEAS — experiment.

Essentially, it's to help NASA figure out how isolation and lack of privacy for long periods of time affects people.

Useful information for, you know, any future astronauts spending long stretches of time traveling to and living on the surface of Mars.

A year will be the longest time frame volunteers have ever sealed themselves inside the dome. The previous mission lasted only eight months and finished up in June.

And as previous missions have shown, the volunteers don't get much privacy in the dome. Like, none at all. But that's also kind of the point.

And they do get to go outside every now and then. Just as if they were actually on Mars.

Except they're actually on Hawaii, of course. The research project was started by the University of Hawaii at Manoa in 2013 and is funded by NASA.

This mission's team consists of a French astrobiologist, German physicist and four Americans — including a pilot, an architect, a journalist and a soil scientist. Let's hope they all don't hate each other come this time next August.