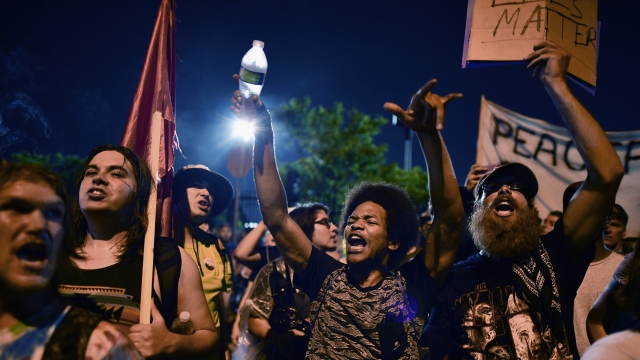 As the U.S. gets ready to vote its next president into office, many Americans are worried that Election Day could get intense.

According to a new poll from USA Today and Suffolk University, more than half of likely voters said they were anxious about the possibility of violence on Election Day.

One in five people surveyed even claimed they were "very concerned."

And a quarter of people surveyed said they weren't confident the U.S. would "have a peaceful transfer of power after the election."

SEE MORE: Polls Aside, Voters Aren't Sure What To Expect On Election Day

The poll results come as Republican candidate Donald Trump continues to claim that the presidential election is rigged, which has made some election authorities uneasy.

Because of these fears, officials across the country are already preparing for the worst.

Many schools have decided to cancel classes on Election Day or move polling places to other locations after parents voiced their concerns about potential violence in the hallways.

And federal and state law enforcement officials say they will be on the lookout for any signs of trouble on Nov. 8 and the surrounding days.