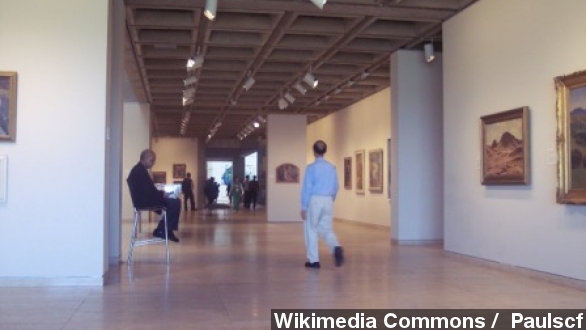 SMS
$50M Stolen Artwork Found In Man's Kitchen After 40 Years
By Matt Moreno
By Matt Moreno
April 2, 2014
One man bought two paintings for $25 years ago. Police now say those paintings are not just stolen — they're worth millions.
SHOW TRANSCRIPT

Buying two paintings for $25 and later finding out they're worth $50 million dollars — that's quite a steal! In fact, that might actually be the case.

"Two paintings have been hanging in a factory worker's kitchen for almost 40 years have been confirmed as missing masterpieces." (Via ITV)

Back in 1970, the famous paintings were reportedly stolen by three men — one posing as a police officer and two as burglar alarm repairmen.

It's believed the man who later bought them in 1975, a factory worker for Fiat, paid just $25 dollars for them at a train company auction and hung them up — supposedly with no idea just how valuable they were, according to The Telegraph.

Eventually, the man's son decided to sell the paintings. He posted photos of them online. That's when they caught the attention of the police. (Via CNN)

Authorities told ABC that once photos of paintings started circulating, they began looking into them. They say the owner didn't know the paintings were stolen. (Via ABC)

So, $25 for paintings that are valued for $50 million? Not a bad return on investment. But it's not exactly that easy. Police are still trying to figure out who legally owns the paintings.

The Guardian reports: "Italian police understand that the works were the property of Terence Kennedy, an American author and socialite who married Mathilda Marks, daughter of businessman Michael Marks. But both Kennedy and Marks are now dead and [police] said they had been unable to establish an obvious heir."

Police believe the paintings were left on the train after they were stolen and that's how they later ended up at the auction.