5-Year-Old Boy Is Symbol Of Devastation In Aleppo 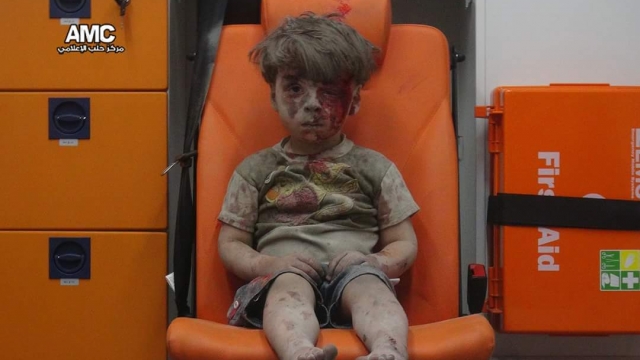 SMS
5-Year-Old Boy Is Symbol Of Devastation In Aleppo
By Jake Godin
By Jake Godin
August 17, 2016
The boy was one of about a dozen injured in an airstrike.
SHOW TRANSCRIPT

This is an average day in Aleppo.

His name is Omran Daqneesh. He's only 5 years old.

Daily, Aleppo is pounded by Russian and Syrian arstrikes.

Lacking an air force, rebels respond with mortar fire, and civilians on both sides are caught in the middle.

Since January, 25 hospitals and clinics have been destroyed by airstrikes. The United Nations has called for a cease-fire so aid can be let in.

Doctors Without Borders is one organization that's trying to help the people of Syria. You can donate through its website.