5 Things You Should Know Before Traveling To Cuba 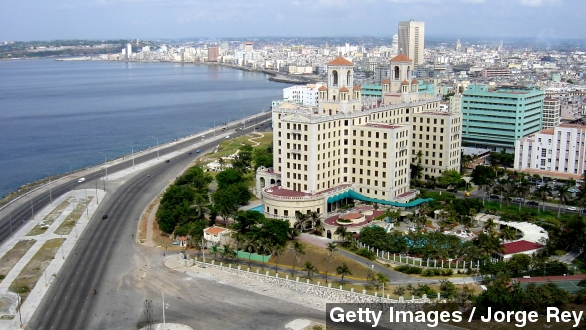 SMS
5 Things You Should Know Before Traveling To Cuba
By Madison Burke
By Madison Burke
January 16, 2015
Although you can go to Cuba now, you can't visit as a tourist. Here are five things to know before you go.
SHOW TRANSCRIPT

It's now a whole lot easier to travel to Cuba, but if you're hoping to plan a dream Cuban vacation anytime soon, here are a few things that might be helpful to know.

You can go, but you have to have a nontourism reason. The U.S. government lists 12 categories for which Americans can get approval to travel to Cuba.

These include visiting family or doing government, journalistic, educational or humanitarian work.

Traveling to "support the Cuban people" is also listed. After speaking with a U.S. Treasury official, a writer for Fusion put it this way: "That's the government's way of basically telling you, with a wink, that it's fine to travel to Cuba as a tourist." According to the outlet, spending money at Cuban businesses could be considered "supporting the Cuban people."

But a Treasury Department press release did warn against being dishonest about what you'll do in the country. (Video via CCTV)

If your travels do fit one of those categories, keep in mind no major U.S. air carriers offer direct commercial flights to Cuba for now. You'll have to find a connecting flight in a different country or book a more expensive charter.

Once you finally touch down, you'll be allowed to use your U.S. credit and debit cards.

And soon you might be able to use your cellphone in Cuba. Most U.S. mobile carriers don't have roaming agreements in Cuba because of the embargo, but that could change with the new policies.

At the end of your travels, you're only allowed to bring $400 worth of goods back home with you, and it can't all be in cigars and rum. Only $100 can be in alcohol and tobacco.

This video includes music from Podington Bear / CC BY NC 3.0.