5 Things To Know About 'Spectre' 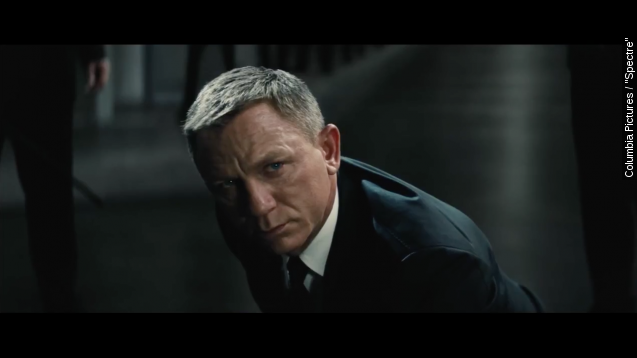 SMS
5 Things To Know About 'Spectre'
By Cliff Judy
By Cliff Judy
November 6, 2015
Is "Spectre" Bond 24 or Bond 25? What is Spectre? Is this the last time Daniel Craig plays James Bond on the big screen? Check out the answers here.
SHOW TRANSCRIPT

"This organization, do you know what it's called?" Daniel Craig asks in "Spectre.""Its name is Spectre," Lea Seydoux answers.

Some people call "Spectre" the 25th James Bond movie. That's because of "Never Say Never Again" — the only Bond film not produced by Eon Productions.

"Do one more thing for me," Craig says."What do you have in mind?" Ben Whishaw asks. "Maybe disappear," Craig answers.

Speaking of Bond — no one's sure if Daniel Craig is coming back.

"Make it great," Craig advised the next actor to play Bond. "I mean, it's a wonderful, wonderful job to do. Whoever does it in the future, it's just ... it's a blessing, so take advantage of it."

By Newsy's count, Craig is the drunkest, least womanizing Bond. He averages five on-screen drinks per film and romances one woman per film so far.

If "Spectre" hits 10 figures at the box office, it will only be the second Bond film to gross $1 billion. "Skyfall" was the first.