5 People Are Dead After Shooting During Barbecue At Pennsylvania Home 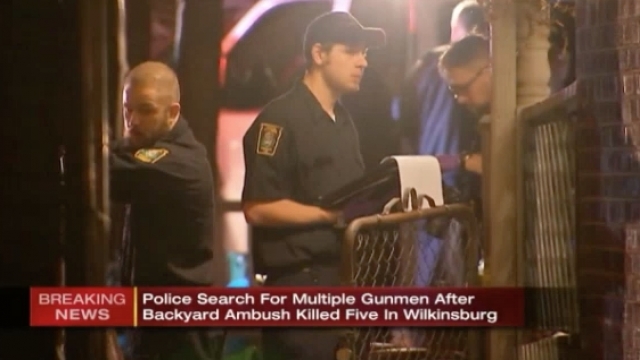 At least five people are dead and three are injured after a shooting during a barbecue at a home east of Pittsburgh Wednesday night.

Authorities say the shooting took place in the backyard of a home in Wilkinsburg, Pennsylvania. Police believe there were two shooters. One of the suspects allegedly shot directly from the rear of the home, and another approached from the side.

"It looks like right now they were all fleeing toward the residence when the second gunman fired from the side of the yard, and they all seem to have been caught on the back porch," said Allegheny County Police Lt. Andrew Schurman.

Police say four of the victims died at the scene and another died after being taken to a hospital. Two victims are in critical condition and another is stable.

Authorities still haven't released a description of either of the suspects or a possible motive for the shooting.