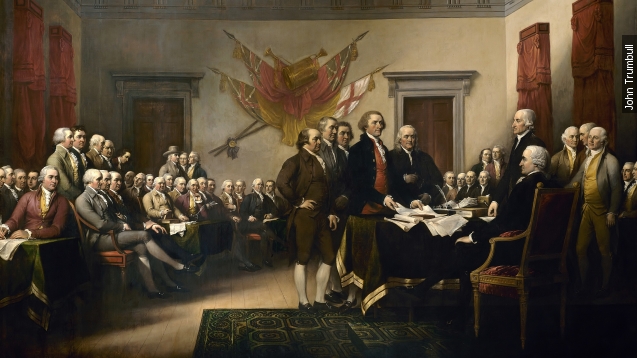 #1. Our first president George Washington did not have wooden teeth.

It's no secret Old George had dental issues...

...but he didn't fix them with tree bark.

He did use lead, ivory and even gold in his dentures. (Video via George Washington's Mount Vernon)

Flavor Flav would be proud.

#2. The turkey was not a close second for the national bird.

Benjamin Franklin was a fan of the turkey, but it wasn't seriously considered.

But that wasn't the weirdest idea.

#3. The Declaration of Independence is not written on hemp.

Pot supporters use this myth in their legalization fight.

It's actually written on parchment.

The declaration was only adopted July 4th..

Independence was declared two days before.