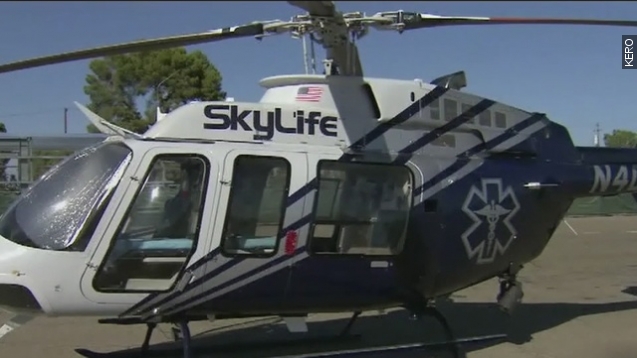 Four people are dead after a medical helicopter crash in Kern County, California. The helicopter was carrying four people — three emergency responders and one patient in critical condition.

The helicopter, operated by air ambulance company SkyLife, crashed during a 50-mile trip to a Bakersfield hospital. The helicopter lost contact with a local dispatch center around 6:50 p.m. local time.

"We call it the SkyLife family," American Ambulance President/CEO Todd Valeri said. "The people who work at SkyLife, they're a very close knit group, and tonight, we're gathering and consoling each other and sharing memories."

"The tragedy that occurred is further evidence of how dangerous it is for the men and women who are out there trying to save lives," EMS Director, Fresno County EMS Director Dan Lynch said in a press conference.

Local stations say there was heavy fog and winds in the area where the SkyLife helicopter was flying. The incident is still under investigation.