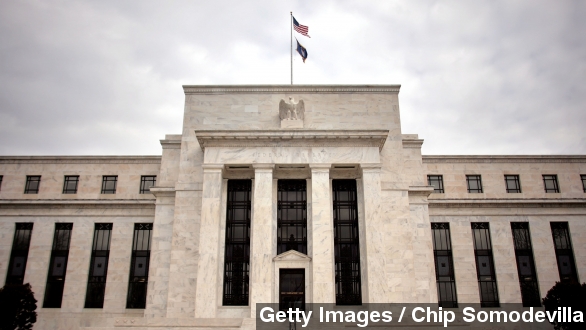 The Federal Reserve published the first of its annual bank stress test results Thursday, and the outcome looks pretty good for the financial industry.

For the first time since the Fed began running these tests in 2009, all 31 banks managed to pass muster. In theory, that means each bank could weather up to $490 billion in losses during a financial crash. (Video via C-SPAN)

The first round of tests measured if banks have enough capital to offset a severe economic downturn. Regulators simulate how nine quarters of falling stocks, rising unemployment and a drop in housing prices would affect the assets held by each bank.

To stay afloat, each bank needs to hold onto cash equal to more than four percent of its total assets, and eight percent of their total assets after adjusting for risky investments. The Fed figures that much money will let banks keep lending in times of crisis.

Of the six big banks, Bank of America and Wells Fargo performed the best on the stress test, while Goldman Sachs and Morgan Stanley came perilously close to the regulatory limit.

A few of smaller banks also just barely squeaked past the Fed's requirements, including Zions Bancorp, the one bank which failed this test last year.

Passing the test frees up a bank's capital, which means they can hand out more money to shareholders. Any bank which flunks the test might not have as much money to play with.

A stamp of approval is also a relief for the executives of high-profile banks — in particular, Citigroup chief executive Michael Corbat. After failing two tests in the past three years, Corbat promised to step down if his bank didn't get positive results this year.

But the banks aren't in the clear just yet; they could still fail the second part of the test, which measures how well each bank assesses its own risk. Those results are due to be released next week.