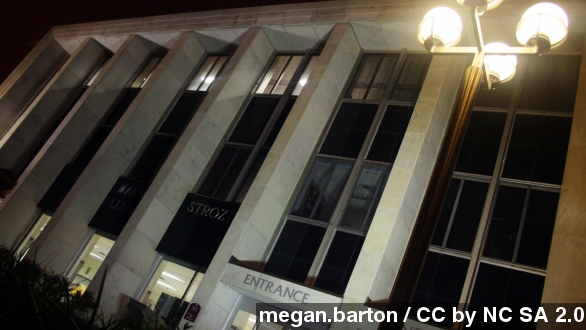 According to FSUNews.com, the shooting occurred just past midnight in Strozier Library, located in the middle of the campus. The vice president of student affairs told reporters campus police later shot and killed the gunman.

The student paper also said the victims were being treated at Tallahassee Memorial HealthCare. CNN says "one person is in critical condition." The condition of the other two victims was not released.

The Independent Alligator posted this video, which it says was taken by an unidentified FSU student in the library showing students huddled and receiving instruction from police.

"There has been a shooting in the library. Stay where you are."

The university sent out a campus alert following the incident urging students to "Seek shelter immediately, away from doors and windows."

Shortly after, the campus confirmed "the area has been secured" and that there was "no additional threat."

Authorities haven't released the names of any of the victims or the alleged shooter.