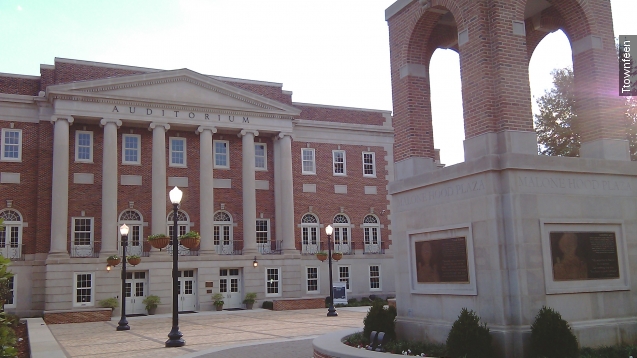 SMS
3 Alabama Officers On Leave After Arrest Videotaped
By Bell Johnson
By Bell Johnson
November 10, 2015
Three Alabama police officers are on paid administrative leave after videos went viral of the officers using a stun gun and a baton during an arrest.
SHOW TRANSCRIPT

Three Alabama police officers are under investigation after videos of three students being arrested went viral.

The officers were responding to a noise complaint at an apartment building around 3 a.m. Sunday. Videos posted to several social media sites show one officer pulling a student out of the apartment, another using a stun gun and a third using a baton.

In a news conference, Tuscaloosa Police Department Chief Steve Anderson said he was deeply disturbed by the video and that an internal investigation is underway.

The officers have been identified as James Kent, Phillip Champion and Gregory Pimm, and they're on paid administrative leave. The three students' names have also been released along with their charges, which include obstructing governmental operations, harassment and resisting arrest.

The university tweeted out a statement saying: "We are aware of the incident, and we remain very concerned about the welfare of all students who were there, especially those who were arrested. We have reached out to provide support to them, and will continue to provide services they need."