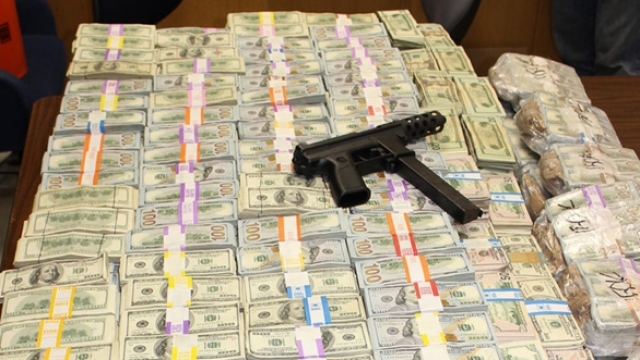 The Miami-Dade Police Department made its largest money seizure ever on Wednesday when it discovered $24 million in suspected drug trafficking money in a Miami home.

Authorities say Luis Hernandez-Gonzalez was involved in trafficking marijuana to Tennessee along with two other men. His sister, Salma Hernandez, was also arrested.

Police found five-gallon buckets filled with cash inside the walls of the home. They also discovered a high-powered automatic weapon and steroids.

Gonzalez runs The Blossoms Experience store in Miami-Dade, which police say he was using to sell equipment to grow marijuana and give advice on how to care for the plants. Drugs and $180,000 in cash were also seized from the business.

Police say they had Gonzalez under surveillance since 2010. He faces several drug trafficking-related charges along with money laundering, weapon possession and cannabis possession.

This video includes images from the Miami-Dade Police Department.