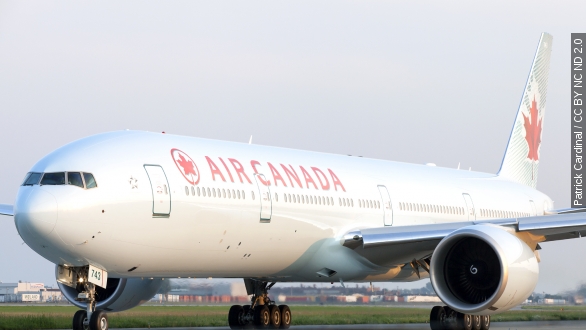 SMS
23 Hospitalized After Air Canada Flight Slides Off Runway
By Evan Thomas
By Evan Thomas
March 29, 2015
Officials say the incident was not a crash, since the plane appeared to be in control as it approached the runway.
SHOW TRANSCRIPT

Flight 624 from Toronto to Halifax was carrying 133 passengers and a crew of five. Twenty-three people were sent to the hospital with non life-threatening injuries. (Video via CBC)

The incident followed a landing attempt during heavy snowfall. Officials say they can't assign a cause for the accident yet, which they are not classifying as a crash because the plane appeared to be in control during landing.

Officials could not immediately confirm the extent of the damage to the plane. Eyewitnesses told CBC it appeared to bounce twice on landing. It's been removed from the runway and will be analyzed.

"The airfield is closed to all incoming and outgoing traffic until further notice. It will be several hours, we anticipate, before the airfield will be available again," one airport official said at a press conference. (Video via CTV)

The airport also lost power briefly during the accident. Some reports, including this one in The New York Times, say Flight 624 might have clipped utility poles on approach and triggered the outage.