2015: The Summer Of Musical Injuries 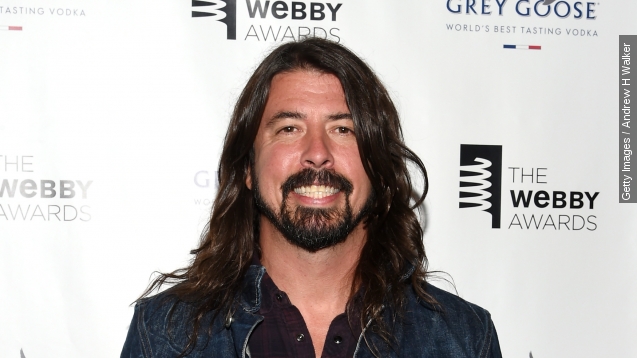 This weekend, members of two major bands were seriously injured during concerts.

Foo Fighters frontman Dave Grohl broke his leg on stage Friday and continued, in true rocker fashion, to finish the concert. He was so determined to continue the performance he sat on stage while an EMT propped up his leg. Grohl said, "I may not be able to walk or run, but I can still play guitar and scream."

The band released a statement and X-ray of Grohl's leg on their website Saturday. The statement informed fans the band was canceling their following two concerts in Switzerland and the Netherlands.

The following night, 5 Seconds of Summer fans panicked when guitarist Michael Clifford was burned by pyrotechnics during the concert's encore. Videos and pictures that surfaced after the incident show Clifford jumping as a fireball grazed the side of his face.

But all of you 5SOS fans out there, rest assured. Clifford Instagrammed a picture of himself with bandages on the side of his face, saying, "Hello world. I’m doing ok :) thanks for worrying!"

These two injuries are the latest in what seems to be an increase in the number of performers getting injured on stage this year.

In May, Britney Spears landed awkwardly on her ankle, twisting it in the process. She later posted on Instagram to announce that her doctor advised her to cancel two performances so she could recover.

Florence Welch, the singer of Florence And The Machine, broke her foot after jumping off the stage at Coachella Music Festival in April. She posted an X-ray of her foot on Instagram, announcing that she would still perform but wouldn't be 100 percent.

And though we can't say whether or not this happened during his tour, newly minted Grammy winner Sam Smith was forced to cancel his Australian tour after he suffered a hemorrhage to his vocal cords.

So if you're planning on going to a concert this summer, you might want to buy a refundable ticket — or a suit of armor.