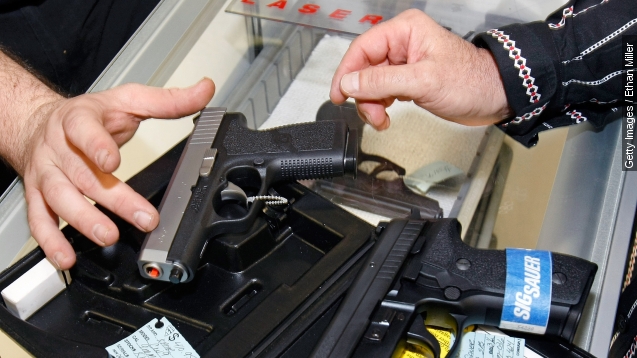 In the wake of the San Bernardino shootings, local gun shop owners in the area say they've seen anywhere from a 20 to 100 percent increase in sales.

"If it's been busy in here, and we don't have the news on, we can tell when there's a headline about a mass shooting by the influx of people that come in," a gun instructor told ABC.

It's a familiar pattern by now, likely fueled in part by the fear of gun control. (Video via CBS)

A poll from the Pew Research Center indicates 50 percent of Americans support gun control, but a writer for Vox theorizes that when gun control is brought up after a mass shooting, Americans often feel as if all gun rights may soon be threatened, helping to drive the spikes in sales. (Video via NJTV)

As The Washington Post points out, the San Bernardino attack was actually the second mass shooting of that day and the 355th of the year.

The paper noted its definition for a mass shooting is broader than the one used by the FBI, but it still sheds light on the number of times this year Americans could have easily had their safety, or their rights, on their minds.

Correction: A previous version of this video did not explain that background checks are not a direct indicator of trends in firearm sales. This video has been updated.