2015 Is The Year Of Gender-Neutral Baby Names 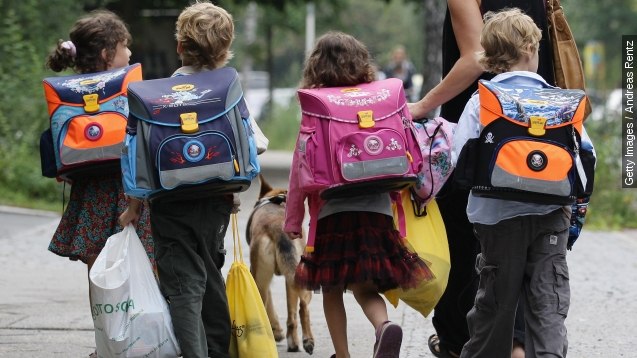 But the trend this year, according to BabyCenter, is going to make it a little harder to tell if a person is female or male just by their name. 2015, so far, is the year of the gender-neutral name.

Another name on that list near and dear to NBC's heart? Carson.

"They're beautiful; they're smart. We have something about us," NBC anchor Carson Daly said.

BabyCenter's Global Editor in Chief said it's all thanks to millennials procreating:

"Millennials are an open-minded and accepting group, and they don’t want their children to feel pressured to conform to stereotypes that might be restrictive. ... An increasing number of parents are choosing unisex names."

Celebs are on board too, although their chosen names may not necessarily be considered unisex.

And one commenter said some of the names mentioned by BabyCenter don't actually sound that unisex either. Like "Ryan" or "James."

"How can you say a name like James is Unisex? Just because you name a girl James doesn’t make the name unisex. ... It just gives a girl a 'boy's' name."

However, Ryan Reynolds and Blake Lively may disagree. They named their little girl James.

Some of the other gender neutral names climbing the ranks are: Karter, Phoenix and Quinn.