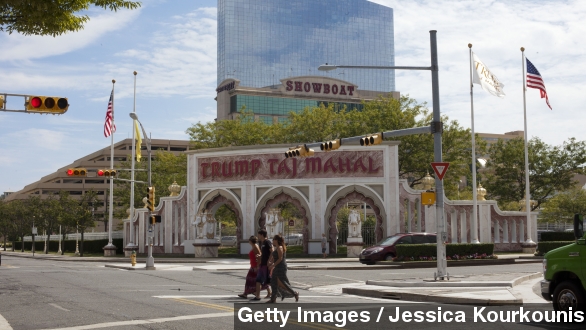 2014 was a difficult year for the Atlantic City casino industry.

Four of the city's 12 casinos shut down this year, laying off around 8,000 workers.

Falling gambling revenue has wreaked havoc on the city's tax system, causing property taxes in the city to rise 29 percent over just this past year.

And casino execs say the increased property taxes are hurting their already-struggling businesses.

Out-of-state competition is also believed to be a large contributor to the financial troubles.

"In the past decade, dozens of casinos have popped up outside New Jersey's borders. Casino revenue has plunged," said Michelle Miller.

And president of Borgata Hotel Casino and Spa Tom Ballance told PBS, "How do I convince a person who lives closer to Philadelphia Park or Aqueduct in New York City to invest in another 60 or 90 minutes traveling and an extra $50 or $75 in gas and tolls."

But the new year could be bringing some good news for the resort city.

2015 is expected to bring lots of state support. Tax and financial packages for Atlantic City casinos are being considered by New Jersey legislators.

A new pilot program would have casinos pay a property tax levy of $150 million for two years instead of the current $210 million.

And a proposed bill would redirect up to $30 million in casino tax collections to paying off the city's debt instead of funding new growth.

One other factor that's been mentioned by analysts and casino owners is that Atlantic City might just have too many casinos. If that's true, the four casino closures may give the remaining casinos a better shot at success.