20-Year-Old Gets One Year For Prep School Assault Case 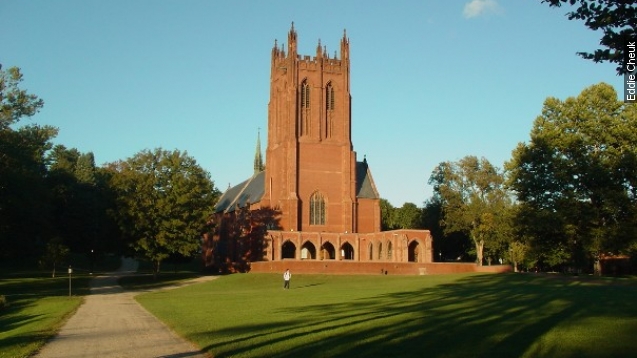 SMS
20-Year-Old Gets One Year For Prep School Assault Case
By Eugene Daniels
By Eugene Daniels
October 29, 2015
A former prep school student has been sentenced to a year in jail for a felony and four misdemeanors for the sexual assault of another former student.
SHOW TRANSCRIPT

Twenty-year-old Owen Labrie will spend a year in jail and five years on probation stemming from the so-called "prep school" assault case.

Labrie was found guilty in August of a felony count of using a computer to lure an underage girl into a sexual encounter and four misdemeanors. (Video via ABC)

In 2014, Labrie was accused of raping a 15-year-old freshman at his prep school as part of something called the "senior salute." It's described as a practice in which graduating seniors attempt to have sex with underclassman. (Video via CBS)

The survivor's name has been withheld because she's a minor. In a videotaped statement, she said, "What he did to me made me feel like I didn't belong on this planet and that I would be better off dead than to deal every day with what was thrown in my direction after doing the right thing." (Video via NBC)

Labrie has to register as a sex offender but can appeal to have his name removed from the registry 15 years after he finishes his sentence. His attorneys are in the process of appealing his felony charge.