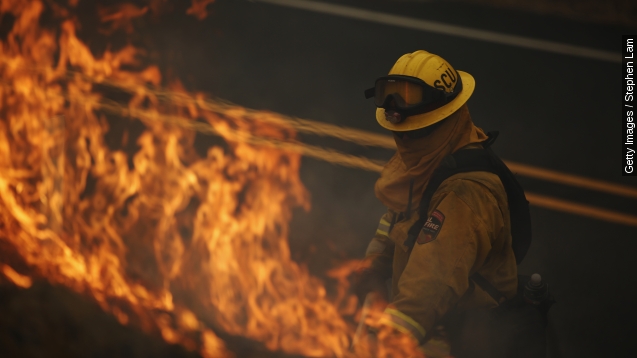 SMS
2 Wildfires Cost California $2 Billion
By Katie Link
By Katie Link
October 15, 2015
A pair of wildfires in Northern California did nearly $2 billion worth of damage. And experts say that number could rise.
SHOW TRANSCRIPT

The price tag on two massive wildfires that scorched Northern California in September is nearly $2 billion. And the bad news gets worse — experts say that number could go up.

The report, released by a London-based firm, says damages from a wildfire in Lake County cost $1.5 billion, while a fire in Calaveras and Amador counties cost about $450 million. (Video via KGO-TV)

According to the report, the Lake County wildfire is the fifth-costliest in U.S. history. (Video via KRON)

In total, six people were killed and thousands of homes and structures were destroyed by the flames.