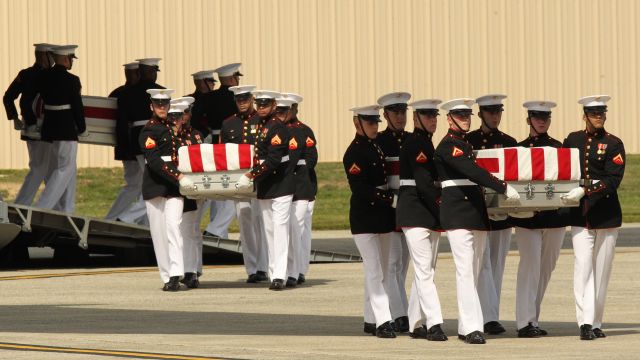 "I blame Hillary Clinton personally for the death of my son," Patricia Smith said.

That's Patricia Smith speaking at last week's Republican National Convention about her son's death. Sean Smith died in an attack on a diplomatic compound in Benghazi, Libya, in 2012.

SEE MORE: Breaking Down Benghazi: Here's What Happened At The Embassy

If you've been paying attention this political season, you know Donald Trump references the Benghazi attack quite a bit — it's a common way the GOP nominee knocks his rival, Hillary Clinton.

But at least one family member of a victim wants that to stop. Mary Commanday wrote in a letter published Saturday in The New York Times that her son, U.S. Ambassador Christopher Stevens, wouldn't want "his name or memory used" by Trump or the Republican National Committee. She continued, writing, "I hope that there will be an immediate and permanent stop to this opportunistic and cynical use by the campaign."

Commanday spoke with CBS a month after the attack.

"I don't think it's productive to lay blame on people," she said.

Since then, Commanday has criticized the political use of her son's death.

The U.S. House Select Committee on Benghazi released its report last month after concluding a two-year investigation into the attack. It doesn't specifically blame Clinton but does fault the Obama administration.

"Donald Trump is everything Hillary Clinton is not," Patricia Smith told the crowd at the RNC. "He is blunt, direct and strong. He speaks his mind and his heart."

But how does one balance the wishes of the Smith and Stevens families? It appears that this campaign season it will be especially difficult.