Authorities On San Bernardino Shooting: 'There Was A Mission Here' 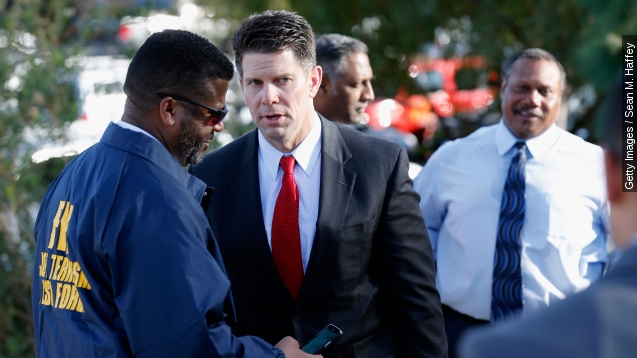 Authorities say the suspects believed to have carried out the deadly shooting in San Bernardino, California, on Wednesday had thousands of rounds of ammunition in their possession at the time.

"There was obviously a mission here, we know that. We do not know why. We don't know if this was the target or if there was something that triggered him to do this immediately," said David Bowdich, the assistant director of the Los Angeles division of the FBI.

Syed Farook and his wife, Tashfeen Malik, are suspected of carrying out the attacks. Both were shot and killed by police. (Video via KGTV)

At least one officer suffered non-life-threatening injuries during the shooting.

Police detained one person, but they've since said he wasn't involved in the shooting.