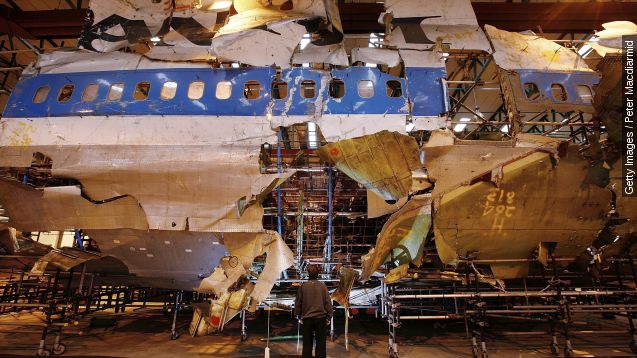 SMS
2 Suspects Identified In 1988 Lockerbie Bombing
By Jake Godin
By Jake Godin
October 15, 2015
Two suspects in the 1988 airplane bombing over Lockerbie, Scotland, have been identified by FBI and Scottish officials.
SHOW TRANSCRIPT

Scottish prosecutors have identified two Libyans as suspects in the 1988 Lockerbie bombing.

The bombing aboard Pan Am Flight 103 killed all 259 passengers, along with 11 people on the ground. The plane exploded above Lockerbie, Scotland.

Only one person was convicted in the attack: Abdelbaset al-Megrahi.

Al-Megrahi was imprisoned for life but was released in 2009 on compassionate grounds after he developed prostate cancer. He died in 2012.

FBI and Scottish police are now seeking permission to interview both Libyans in Tripoli, according to the BBC.