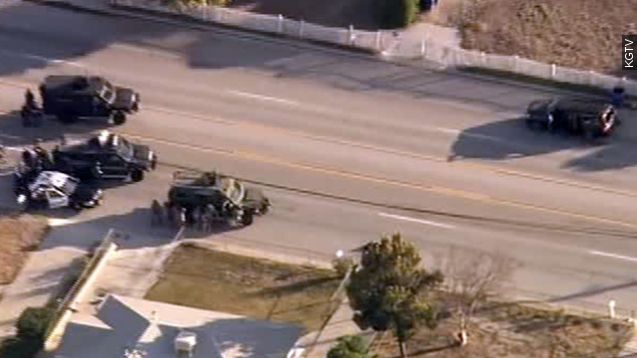 Two suspected shooters, one male and one female, have been killed by authorities in connection with a California mass shooting. Authorities have detained a third person, but it's unclear if that person is connected to the shooting.

At least one officer suffered non-life-threatening injuries during the shooting with two of the suspects.

So far, there is no apparent motive for the shooting. Officials are still working to clear the scenes of any suspicious devices.