2 People Are Dead, Hundreds More Displaced After Flooding In Maryland 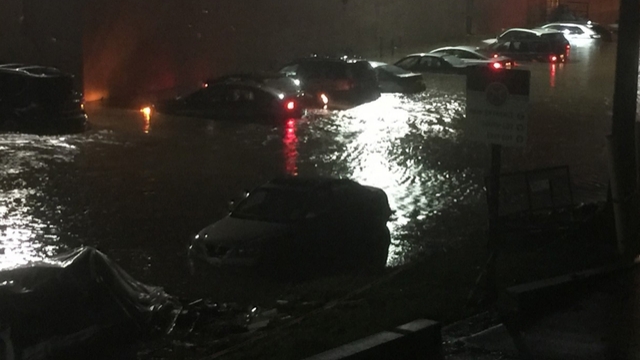 SMS
2 People Are Dead, Hundreds More Displaced After Flooding In Maryland
By Lindsey Pulse
By Lindsey Pulse
August 1, 2016
In the aftermath of the storm, one county official said the area looked like a "war zone."
SHOW TRANSCRIPT

Severe flooding in central Maryland has left at least two dead and hundreds of others picking up the pieces. The flash flooding struck Ellicott City on Saturday night. That's when officials say residents Jessica Watsula and Joseph Anthony Blevins were swept away in their cars in separate incidents.

Officials report Ellicott City received more than six inches of rain in a matter of hours. Kittleman said in the aftermath of the storm, the city looked like a "war zone."

"I've seen the flooding in Ellicott City in the past, and it's been bad. It has never been close to being this bad," he said.

As of Sunday, Howard County police had no other missing person reports from the floods.

This video includes clips from WMAR and Twitter / @HoCoGovExec and images from WMAR.