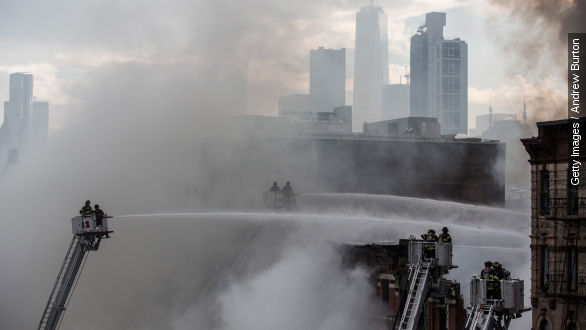 Two people are still unaccounted for following an explosion and fire that leveled a sushi restaurant Thursday in New York City's East Village.

Residents reported hearing and feeling a loud explosion on Second Avenue, which blew out an entire storefront. The fire and subsequent collapse eventually drew 250 firefighters to the scene. (Video via Fox News)

WNBC reports the seven-alarm fire injured 25 people, including four firefighters, but is not yet blamed for any deaths.

The two missing people have been identified as a 23-year-old diner named Nicholas Figueroa and a restaurant employee named Moises Lucon. (Video via WABC)