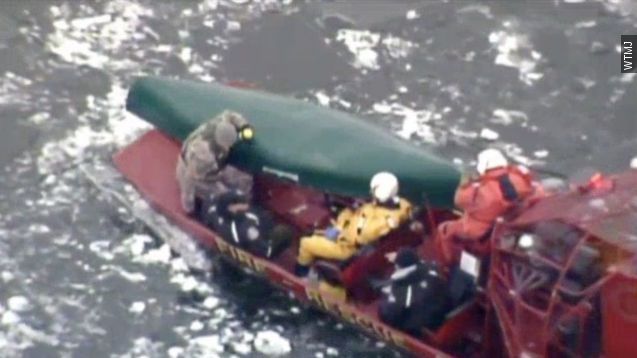 SMS
2 Men Dead, 2 Missing After Wisconsin Canoe Accident
By Matt Moreno
By Matt Moreno
January 4, 2016
Officials say the four men set out on the lake around 2 or 3 a.m. and never returned. A missing persons report was filed around 11 a.m.
SHOW TRANSCRIPT

"If we get one or two cold nights, the whole lake will freeze over. That's how cold the water is," East Troy Police Chief James Surges said.

Four men are presumed dead after what officials believe was a canoe accident on a frigid lake in Wisconsin.

The bodies of two men were pulled from Mill Lake in Walworth County on Sunday.

Officials say the four men from Illinois, all in their early 20s, took the canoe out around 2 or 3 a.m. Sunday morning. When they didn't return, a missing persons report was filed around 11 a.m.

Authorities say the canoe tipped over fairly close to the house they were staying in. They told WITI alcohol is believed to have played a factor. Officials are expected to recover the other two bodies.