2 In Thailand Found Guilty In Tourist Killings, But Doubts Remain 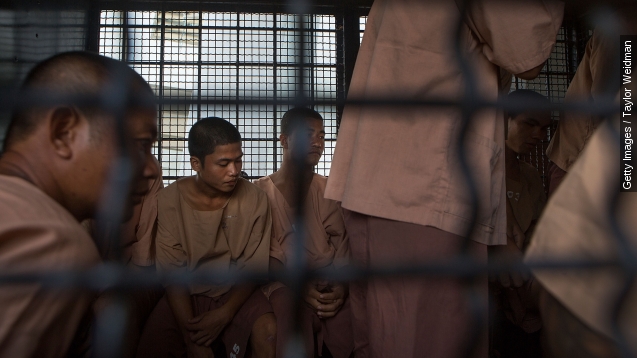 SMS
2 In Thailand Found Guilty In Tourist Killings, But Doubts Remain
By Melissa Prax
By Melissa Prax
December 24, 2015
Two migrants living and working at a Thailand resort were sentenced to death after alleged DNA evidence was found and they supposedly confessed.
SHOW TRANSCRIPT

Two Myanmar migrants living in Thailand have been sentenced to death after being found guilty of killing two British backpackers.

A couple traveled to Thailand's island of Koh Tao last September. They were later beaten and killed at a resort. (Video via YouTube / Ekat Grigoryeva)

Now, more than a year later, a Thai court has ruled two Burmese workers committed the murders, saying DNA evidence and a confession solved the case.

But some human rights groups are speaking out on behalf of the convicted as there is suspicion of torture during their time in custody. (Video via BBC)

And a well-known Thai forensic scientist who is part of Thailand's Ministry of Justice says she has doubts about the DNA evidence that was allegedly found on a garden hoe, one of the supposed murder weapons. (Video via Thailand Today)

One of the victim's families spoke out shortly after the decision. (Video via The Telegraph)

"David always stood up for justice, and justice is what has been delivered today," said Michael Miller, one of the victim's brothers.

In Thai courts, there are no juries; judges make the decisions.