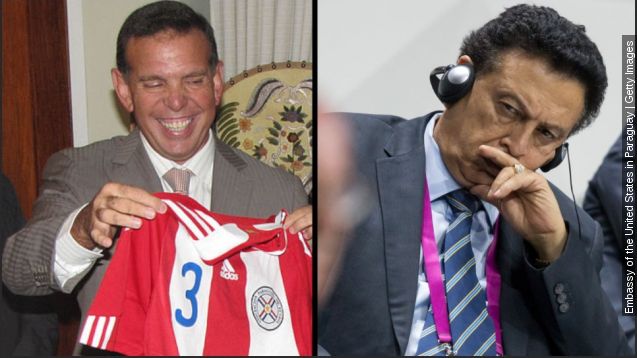 The New York Times, which again happened to have a reporter there, reports Alfredo Hawit of Honduras and Juan Angel Napout of Paraguay were arrested at the hotel in this latest raid. (Video via CCTV)

The pair were arrested for allegedly accepting millions of dollars in bribes, the Swiss Federal Office of Justice (FOJ) said. (Video via BBC)

The arrests took place at the five-star Baur au Lac hotel in Zurich, the same one where FIFA officials were arrested in May. FIFA members are there again to vote on reforms to protect the association from corruption.

Both of the officials arrested in Zurich are now awaiting extradition to the U.S.

After the latest arrests, FIFA says it will continue to cooperate with both Swiss and U.S. authorities.