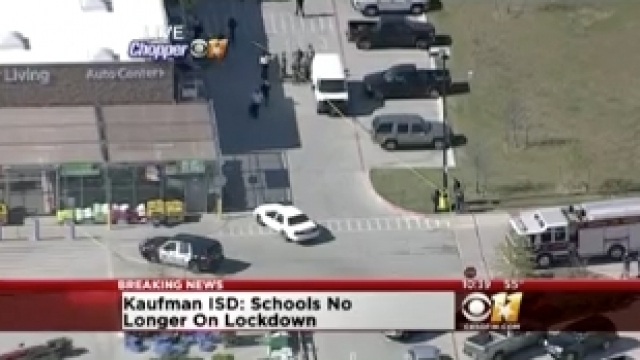 Authorities say one person is dead and another was injured after a shooting at a Texas Wal-Mart on Tuesday.

Police told reporters a man walked into the Wal-Mart in a small town southeast of Dallas, shot a male employee and then turned the gun on himself. The suspected shooter was later rushed to a local hospital, and his condition is unknown.

Authorities say the two men seemed to know each other and had an ongoing feud but didn't say what led to the shooting.

The Wal-Mart was evacuated after the shooting, and nearby schools were briefly on lockdown until authorities said the threat was over.