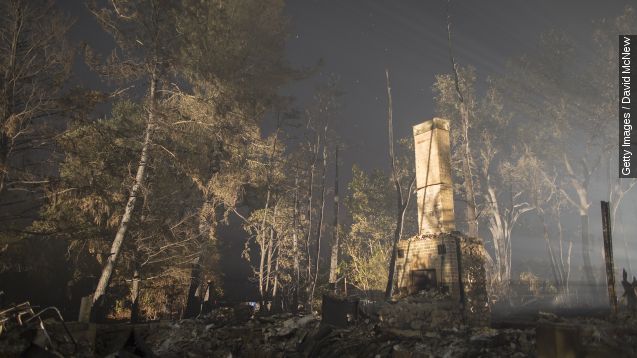 SMS
2 California Wildfires Have Destroyed More Than 1,000 Homes
By Ryan Biek
By Ryan Biek
September 20, 2015
Two California wildfires have consumed over 1,000 homes, and roughly 14,000 buildings are at risk.
SHOW TRANSCRIPT

More than 1,000 homes in California have been destroyed as two wildfires rage on.

To the west, the Valley fire in the counties of Lake, Napa and Sonoma is only 53 percent contained and currently threatens over 7,000 homes. (Video via WPIX)

On top of the Valley and Butte fires, three other California wildfires are still considered active.

This has been a particularly harsh year for wildfires throughout the U.S. Wildfires have burned almost 9 million acres so far, compared to under 3 million in 2014.