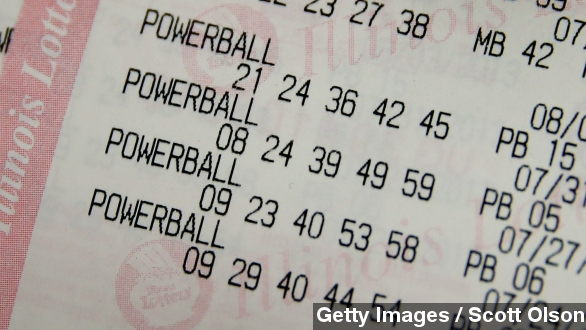 You would think if you bought a lottery ticket, you would check to see if you were a winner. Turns out that's not always the case.

CNN reports in 2013, $2.04 billion worth of lottery prizes went unclaimed in the United States. Now, the majority of those prizes are just small numbers, like $2 or $4. But some are also secondary prizes worth around $1 million.

That means there are a lot of people not claiming their winnings.

The information about unclaimed lottery winnings was compiled by Brett Jacobson, the creator of the app Lottolotto.

"Lottolotto is an app that makes sure you know when to buy and when to collect. Just scan your ticket and Lottolotto monitors your numbers, sending you a notification if you win."

This is the first time nationwide unclaimed prizes have been announced, since each state is in charge of running its own lottery.

Every state lists the top unclaimed prizes on its lottery website. For example, the Minnesota Lottery reports there are $1 million in Powerball winnings still waiting to be claimed.

And the Michigan Lottery currently has a little more than $263,000 in unclaimed prizes.

At the most, winners have one year to claim their prizes. If the money goes unclaimed, Powerball notes the money is either returned to the state's general fund or players get another chance to win the prize with a second-chance drawing.

This $2 billion number is a steep increase from the $800 million in unclaimed lottery prizes CNN Money reported at the end of last year.

So if you've purchased a lottery ticket in the last year, be sure to check it — you never know what you might have won!