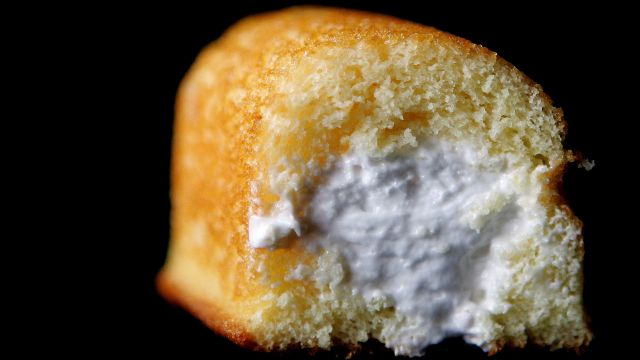 There are a lot of things that Twinkies are not — healthy, filling, naturally colored. But despite their faults, Twinkies are currently killing it.

More specifically, Hostess Brands is killing it. The parent company of the snack food announced plans to go public Tuesday, and experts predict the cakemaker is worth north of $2 billion.

But it's been a bit of a bumpy ride for the sweets company. In the years since you last ate a Ding Dong, Hostess has filed for bankruptcy twice. Once in 2004 and again in 2012.

The most recent filing allowed for new ownership. In 2013, Apollo Global Management and Metropoulos & Co. stepped in and bought the company out of bankruptcy for $410 million.

Since then, it's been nothing short of a Twinkie turnaround. Production and delivery costs were streamlined, the cakes arrived at convenience stores and a recipe change extended the Twinkies' shelf life by 19 days.

And nothing says a turnaround quite like a slogan. Hostess taglined its resurgence the "sweetest comeback in the history of ever" and enjoyed $650 million in sales in its last fiscal year.

The company is expected to go public sometime this fall.

This video includes clips from WEWS, KSHB and Kansas City Star and images from Getty Images.