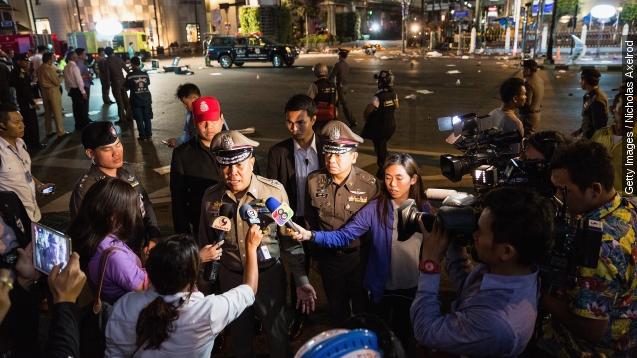 Two men identified as suspects in the deadly Bangkok bombing have turned themselves in. This, according to the BBC.

The blast at a popular shrine in the Thai capital Monday killed 20 people and injured over 100 more. Authorities said as many as 10 people could have been involved in planning and carrying out the attack. (Video via Voice of America)

One of the suspects was seen here in surveillance video wearing a backpack near the bombing site. (Video via Today)

The Thai government said it was unlikely a foreign terrorist organization was behind the attack, although the tactics also weren't consistent with those used by local insurgents.